Nintendo Canada Sells a Lot of Games in August! Guess Which Ones? 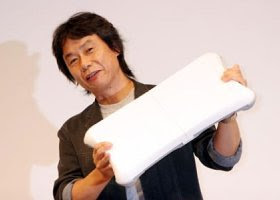 Ah, it's the second Thursday of the month and that can mean only one thing. Another round of NPD software sales figures and the obligatory corporate PR spins. Or at least in an ideal world. You see, unlike our good friends to the south, up here in Canada the NPD Group doesn't provide us with hard numbers. Oh it's true, they most certainly don't. Instead, they issue teaser statistics like "Nintendo video games account for 14 of the top 20 in Canada in August". On occasion they even tell us the names of video games that made it onto the top 20, like this month! We're told the top 5 titles for August are:

Of course I have no idea just how many of each title was sold. Maybe it was even in the thousands!

The big question of the month is where did the much hyped Xbox 360 exclusive Too Human land on the top 20 list? Looks like we might not find out. Is there anyone out there brass enough to take a wild guess?