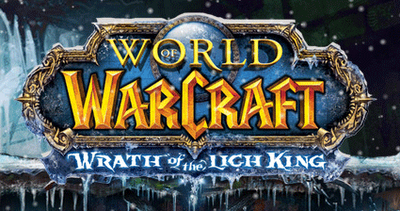 I have some awesome news for all you World of Warcraft fans out there. I've just received word that Future Shop have announced they will be hosting midnight openings and costume contests across Canada for the grand release of the newest WoW expansion pack - The Wrath of the Lich King.

Future Shop have also informed NextGen Player that enthusiastic gamers lining up will be one of the first to get a copy of the game. So what exactly constitutes being an enthusiastic gamer? Well, for one, dressing up like your favourite race from WoW. Gamers who dress up will not only be moved to the first spot in line to purchase the game, but will also have a chance to win a $100 Future Shop gift card. Free giveaways, including Warcraft hats will also be given out to the first 75 customers in line at every location.

WORLD OF WARCRAFT: THE WRATH OF THE LICH KING

(Burnaby, BC) October 30, 2008 – Legions of fans will march into Future Shop, Canada’s leading consumer electronics retailer and e-tailer, at 11:59 p.m. on Wednesday, November 12 to purchase World of Warcraft: The Wrath of the Lich King. Media and customers are invited to this midnight opening for the much anticipated expansion to the PC and MAC game World of Warcraft series which is expected to be a bigger hit than its previous successor on its first day at Future Shop stores across Canada.

Limited Collector’s Edition
Gamers attending the midnight launch at Future Shop will have the chance to line up to purchase a copy of the very limited Collector’s Edition of World of Warcraft which features: a 208-page book with never-before-seen images of the game; an exclusive in-game pet; a behind-the-scenes DVD; the official CD soundtrack, and more, while quantities last.

Free Gift with Purchase – Limited Quantities
Customers that purchase either the Collector’s Edition of World of Warcraft or the regular edition at Future Shop will receive a free gift with purchase, while quantities last. The free gift is an exclusive limited edition World of Warcraft hat.

Costume Contest
All Future Shop stores opening at midnight have a costume contest to give fans an opportunity to get together in a party-like atmosphere before the sale of the game at midnight. Judging of the costume winners will be held between 11:30 p.m. and midnight (to be determined by each store).