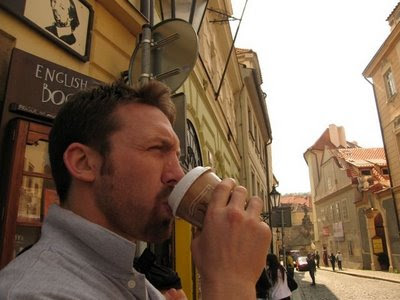 Well, it's the middle of the holidays and I hope everyone out there is enjoying all their new games.

As a rare holiday present, NextGen Player have been given the exclusive opportunity to interview gaming industry veteran and the Producer of PLAY! A Video Game Symphony, Jason M. Paul. Jason is the creative mind behind the first ever video game music concert series with Dear Friends- Music from FINAL FANTASY, which made it's debut back in 2004. His ground-breaking fusion of video games and full symphony orchestras continues with his newest creation - PLAY! A Video Game Symphony.

NextGen Player: As the producer of PLAY! A Video Game Symphony, can you give us a outline of what you do and what PLAY! is all about?

Jason M. Paul: Technically, I am the producer but I am also the creator of PLAY!. I have been responsible for every aspect of the project overseeing all of the bookings, contracts, licenses, dealing with orchestras and choir, travel, accommodations, merchandise, website, etc. Basically, I am responsible for everything. If something goes wrong you can blame me.

NGP: The Final Fantasy concert tour Dear Friends was the first of its kind for North America and is widely recognized as landmark event in gaming. Did you expect the huge success of Dear Friends?

Jason: When I created Dear Friends a part of me was optimistic. I got the sense that people wanted a VGM concert. It was a fresh and new concept that had never been done in the states. The idea of combining the visuals from the game and the music really had never been done anywhere in the world. I was confident that I was on to something. We had an instant sell out! All we had to do was focus on making the show a great show as selling tickets was not an issue because they were gone. Tickets were going on Ebay for 1200 a pop. The support and timing of the first concert in LA was all in line. It was the first of its kind at the Walt Disney Concert Hall, it was during E3, Uematsu, Sakaguchi, and Amano were all in attendance. It could not have been more perfect. Former employees of the USA offices of Square Enix President Jun Iwasaki and Marketing guru Kyoko Yamashita were very instrumental in making that event a success. Without the two of them VGM would not have got their due in the states. We all made it happen.

NGP: In your opinion, what differentiates PLAY! from other video game symphony productions out there?

Jason: There really is no comparison. We have never performed our show with less than a 66 piece orchestra and 24 voice choir. We feature games that are not featured in any other concert. Games from all over the world are featured as part of our concert. The composers and publishers of the games we know and love help to create PLAY! and make it the success that it is. For instance, Nobuo Uematsu composed the opening fanfare that is heard as the first song at every concert. The show evolves featuring new music as it becomes available. The visuals are now better than ever. The songs feature video throughout the piece. We also have a grammy award winning artist as the music director and principal conductor in Arnie Roth. He lends a tremendous amount of credibility to the show.

NGP: What motivated you to start into video game music?

Jason: As a kid playing mario, zelda, castlevania, shinobi, final fantasy, etc. I always had an appreciation for the music. It came about when I was working with Pavarotti and the Three Tenors that I realized that a video game music concert could be something special. At the same time doing concerts with some of the greatest operatic artists and orchestras all over the world I was still working in the gaming industry with clients Square Enix, SCEA, Midway, etc. The idea came about when I pitched the concept to do a video game music concert to Square Enix during E3. They gave me the opportunity to create the vision I had dreamed up and the rest as they say is history.

NGP: I've heard that a PLAY! Live CD/DVD from a show recorded in Prague, Czech at the Rudolfinum will be made available to the public for the first time at the Edmonton show on January 9th. Can you tell us a little bit about the CD/DVD?

Jason: I am hoping that it will be shipped in time for the concert. The CD/ DVD itself was recorded at on of the most historic venues in the world- the Rudolfinum in Prague with the Czech Philharmonic Chamber Orchestra and Kuehne Mixed Choir conducted by Arnie Roth. It includes classics such as WOW, Oblivion, Castlevania, Silent Hill, and many more. In my opinion it is one the greatest recordings in Video Game Music history. I believe it is better than More Friends- Music from FINAL FANTASY which was the first Live CD recorded and produced in the US by myself.

NGP: If you could have your Canadian fans take away one thing from PLAY! Edmonton what would it be?

Jason: It is my hope that fans will want to see the concert again.

NGP: Thanks for your time Jason, and Happy Holidays!

For more information on PLAY! A Video Game Symphony, check out their website at www.play-symphony.com. For tickets to PLAY! Edmonton, there's a special holiday promotion of 10% off any tickets purchased from Ticketmaster. Check out the Ticketmaster event page for more details.

For a chance to win tickets to PLAY! Edmonton, don't forget to check out our Come Out And PLAY! contest open now and until January 4. This contest is open for all legal residents of Alberta.
Concert NextGen Player Interview