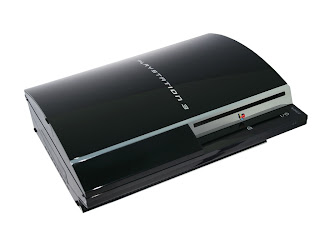 Already a month into 2009 and one of the questions on my mind has been if this will be the PS3’s year to standout and shine. Sure...in 2008 the PS3 had its moments. Great titles such as Metal Gear Solid 4, LittleBigPlanet and Resistance 2. The onset and release of Home Beta. Growing console sales (up 40% in 2008). But amongst all of these positives, it seemed as though much of the focus in 2008 still revolved around the Xbox 360 and Nintendo’s Wii and DS.

Rolling into 2008, Xbox 360 had already claimed exclusive DLC for Grand Theft Auto 4 and at E3 that year announced exclusive DLC for Fallout 3. News that they would also get Final Fantasy XIII was huge and at the same time took some of the lustre away from PS3’s exclusive line-up in 2009. Console sales continued to be strong for the Xbox 360 as the console jumped ahead during the critical holiday season with a price drop. The launch of the NXE later in the year brought new life to an already solid Xbox LIVE platform. On the flip side, Nintendo was also solidifying it's presence with the continuous surge in hardware sales of both the Wii and DS, also boasting some heavy hitting titles of its own in Super Smash Bros Brawl, Mario Kart Wii, Wii Fit, and continual sales of 2007 titles such as Wii Play, Mario Kart DS and Legend of Zelda: Phantom Hourglass.

But that was all in the past...2008 is yesterday’s news. We’re now in 2009. So what does that mean for the PS3? Likely an opportunity to truly set itself apart from the pack. So let’s break it down for a clearer picture.

Console sales for the PS3 has finally reached 20 million units worldwide. VGChartz showed in January 2009 this important milestone for the PS3 – and a big one at that. To have finally reached the 20 million mark was a great way to ring in the New Year. They’ve been steadily keeping pace with the Xbox 360 and are approx. 8 million units behind. Not bad considering that the Xbox 360 had a year head start in the market. Then there's rumours pointing to a $100 price drop later this spring which makes for a very attractive price point for people sitting on the fence about purchasing a PS3. Another key influencer to aid in the sale of the PS3 is the blu ray factor. Blu ray movies are continuing to drop in price and many new releases sell at a price point only slightly above its DVD cousin. As momentum to adopt the blu ray format continues to grow, this trend will likely help to sway potential console buyers to seriously consider the purchase of a PS3 as well.

Game titles lined up for 2009 boast some of the most hotly anticipated games for the year. First off, there’s the exclusive Killzone 2. The overall reviews and impressions on this game have been nothing short of amazing. Uncharted 2: Among Thieves is the sequel to the highly successful Uncharted: Drake’s Fortune. It’s safe to say there will be many people looking forward to picking up this game when it releases this year. God of War 3 is another exclusive that many fans have been waiting with baited breath for its release. The God of War franchise has been one of the most successful for the PS2 and so it’s not unreasonable to think it will bring similar success for the PS3. Final Fantasy XIII...yes, it’s no longer an exclusive in North America and Europe (as was announced at E3 in 2008), however that shouldn't take away from the fact that this game will no doubt sell successfully on the PS3 platform. Heavy Rain: The Origami Killer has gathered alot of buzz due to the life like visuals that truly take advantage of the PS3’s processing power. These are some of the key titles that the PS3 will rely on to bring...as Borat would say...great success. Having a strong line-up of exclusive titles is exactly what Sony needs to sell more hardware in 2009.

Let’s move on to online. PS3 launched the open beta for Home in December 2008. Since the launch, it’s been reported that Home has generated approx. $1 million dollars (USD) in virtual goods sales. That’s pretty impressive considering that it has been open to the public for only 2 months now. Home should serve as a solid revenue generator for Sony as long as it continues to develop it into a socially focused and user defined experience. And the key here is the social aspect. Home is a virtual playground that allows PS3 users to easily engage with each other or by one's self on many levels – listen to music, play games, chat, watch videos, shop, personalize, buy virtual clothes, furniture, etc. Combine this with the already popular free online play and evolving multiplayer structure and the future looks bright for online.

How about Trophies? Well, what about them? More games supporting trophies adds increases the overall fun factor. C’mon...many of us will admit it’s pretty cool when the Trophy notification pops up on the screen after you’ve accomplished a certain task. In addition, as of January 2009 Sony is making Trohpies mandatory in games released for the PS3.

Multimedia capabilities will continue to be a strength for the PS3 in 2009. Whether it be streaming HD video, listening to music, watching blu ray movies, PSP integration or connecting an external compatible device such as a HD Sony camcorder, there are many things outside of gaming that will bring added value and increased level of interaction to the PS3.

So there you have it. A holistic – well, as holistic as I can get – outlook for the PlayStation 3 in 2009. Looking at all of the factors above, it’s hard to argue against the PS3 having the potential for a great and probably most successful year in its existence. Will it be enough to propel it beyond the Xbox 360 and Nintendo Wii? It’s too early to tell at this point, but definitely not unrealistic.
PS3 PSN