An Interview with Kelly Zmak of Radical Entertainment 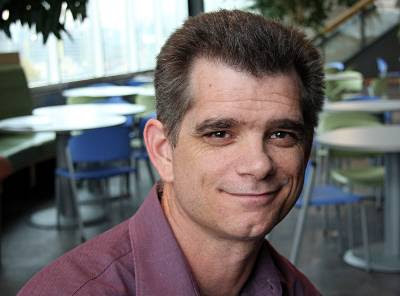 Kelly Zmak closed off day one of the 2009 VFS Game Design Expo with his humorous and insightful take on the games production cycle. His leadership experience and love for the industry is undeniable. Kelly's zest for the games business spread easily to all who attended his speech, and I watched as both industry vets and young VFS alumni flocked to the lobby afterwards to congratulate the Radical Entertainment president on his motivational lecture.

Some twenty minutes later, Kelly sat down with NGP to discuss games. Among some of the topics covered were Radical's 7.1 post-production audio studio, his stance on independent game developers and a "little known" new title with the name that stars with a "P" and ends with an "E".

Listen to this interview on the NextGen Player Mevio Channel

You can also get to the interview by subscribing to the NextGen Player iTunes feed: