A Look Back at the VFS Game Design Expo - Part 2 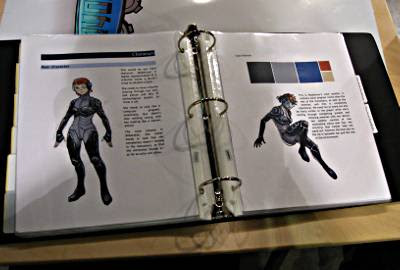 The Vancouver Film School opened its doors to the public on February 8th as part of its annual Game Design Expo. The event felt a bit more disjointed here compared to the structured lectures and panels held at the Vancouver International Film Centre the day before.

A lot of that was due to my late arrival and subsequent hopping around between interview appointments. I missed a large chunk of the game design presentations and demo classes and insisted on hanging out in the corner room where past VFS alumni were showing off their old class projects. More on that in just a bit.

What I did catch of the presentations was fairly basic stuff. There was a large showing of youngsters with their parents in tow, so the discussions leaned towards a broader overview of game design principles. Nick Newhard and Jake Birkett of Big Fish Games hosted a talk called, "10 Secrets to Designing Instantly Enjoyable and Addictive Games" and it was a pitch-perfect primer to game development. Light-hearted enough to appeal to gaming neophytes yet substantial enough to show that games development as a serious discipline and a justifiable investment for education. 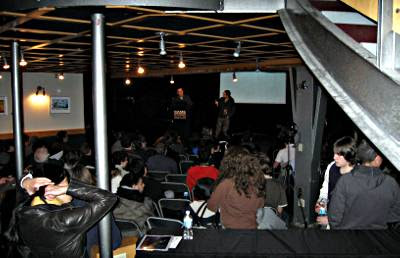 As for the alumni showcase, three teams of recent VFS grads were in attendance to demo their class projects. What's remarkable in all three games was the strong influence of popular puzzle games, most notably Portal and Braid. One game in particular, Synchrony, was built on the Unreal engine and looked stunning. It didn't occur to me to ask but the similarities were probably not a coincidence and the result of an overt project theme set out by the instructors.

The Open House concluded with the Women in Games panel. Composed of five women (four of them based in Vancouver) working in the industry, it was an intimate and eye-opening discussion on the current state of women in games and all the work that still needs to be done to promote the field as a viable career path for young women.

I was able to speak to three of the panelists: Brenda Bailey (Deep Fried Entertainment, Tara Mustapha (Electronic Arts) and Noelle Hunt Bennett (Big Fish Games). Their interviews will be featured on the site as we continue our coverage of the Game Design Expo this week.
Industry Event VFS Game Design Expo