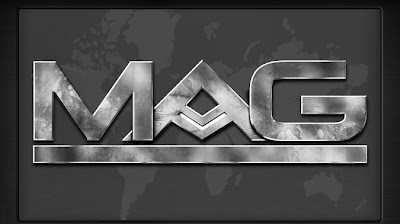 So here it is. A new trailer for the upcoming massive online FPS game MAG (Massive Action Game) that is exclusive for the PS3. For those of you not in the loop, MAG is a FPS MMO game being developed by Zipper Interactive. You know...the team who were responsible for the breakthrough and highly successful SOCOM U.S. Navy Seals series - most noteably on the PS2 platform. The SOCOM series on the PS2 defined and revolutionized console online shooters with its superb gameplay, online features and voice communications.

MAG looks very promising and quite interesting in concept. It's complete insanity to imagine up to 256 players all playing together online in a truly massive battle. Now this is how virtual wars were meant to be fought.


With an online game that can allow for large scale team matches, it will definitely be interesting to get more details on the various game mechanics and features such as communications, customization, team organization options, bandwidth/connectivity, weapons and vehicles, leveling, in-game graphics, etc. Indeed, time will tell. Let's hope it delivers LARGE...no pun intended.

MAG is scheduled for release in Fall 2009.