Will FFXIII Release in Japan for Xbox 360?

It's another lazy Saturday which means time again for another edition of Mind Games, a feature where we ask you our loyal readers questions that are slowly eating us up on the inside.

For this week, I'd like to reminisce for a bit back to July 14, 2008: that fateful day when Square-Enix President Yoichi Wada took the stage during the Microsoft press conference to anounce Final Fantasy XIII would release on the Xbox 360. Many pundits quickly professed that cataclysmic announcement spelled ruin for the beleaguered PS3 with yet another highly anticipated *exclusive* gone multi-platform.

However, buried beneath this megaton announcement was a footnote stating that Final Fantasy XIII would be multi-platform in North America and Europe - Japan conveniently not mentioned. Of course as the story goes, Yoichi confirmed that FFXIII was remaining exclusive to PS3 in their homeland of Japan. 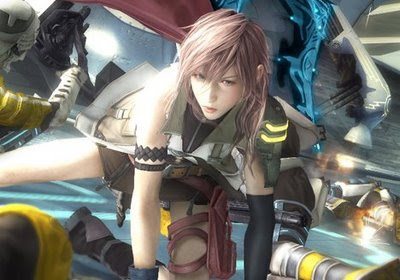 Well that was last year, and as we've learned, not many games stay exclusive this generation. With PS3 hardware sales surging in Japan, and the Xbox 360 trailing behind the Wii in a distant third place, the announcement of FFXIII could be just want Microsoft needs to gain more traction in the land of the rising sun. Surely Microsoft wants to see that happen.

With that said, I want to hear what you guys and gals think on this subject.

Dammit, I want to know:

Will FFXIII Release in Japan for Xbox 360?