Interviewed by the Georgia Straight 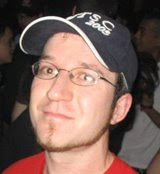 Last week I was interviewed by Christopher Poon, a reporter for the Georgia Straight, Canada's Largest Urban Weekly publication.

The topic was Fight Night Round 4 and we spent a good twenty minutes talking about our impressions of the game. We also made some parallels and contrasted the game to May's hugely successful mixed martial game UFC 2009 Undisputed.

I was quoted several times in the write-up and if you're interested in checking it out, you can view the article here:

I also did a lengthy write-up on Fight Night Round 4 on the Future Shop Tech Blog that touches upon the new features in the game as well as my impressions. The article can be found here:

Fight Night Round 4: The Champ is Back