It's July so it Must be Time to Sun & Gun 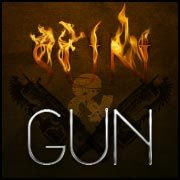 Eh Button, the team that brought you Winter WonderLAN 2009 back in February are once again planning a weekend of full of energy drinks, Skittles and plenty of LAN gaming.

The next event in their series of Calgary-based Xbox 360 LAN parties is called Sun & Gun and will be taking place from July 17 to July 19, 2009. I reached out to the Eh Button team and they boasted that Sun & Gun "will prove to be bigger and even better then Winter WonderLAN '09, with a larger venue (The Blackfoot Inn), larger attendance (60 seats available) and some really cool prizes and tournaments."

The games that will be played include Left 4 Dead, Gears of War 2, Halo 3, Street fighter IV and even a battle of the bands with Rock Band 2. Tournaments and prizing are sponsored by Shaw, Switchbox, G4 tech tv, and their official LAN sponsor, BAWLS energy drinks.

If you're in or around the Calgary area and are looking for a weekend of digital mayhem, multiplayer gaming action, prizes and no sleep then definitely check out what they have to offer. Who says you need to be outside to enjoy the summer? I'm more than content staying indoors and being pasty white.

Find out more at www.ehbutton.com or the Sun & Gun homepage.

If you've never been to a LAN party before and want to see a short clip of what you can expect, here's a video from Eh Button's Winter WonderLAN: