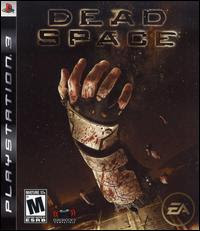 Normally I don't give a lot of weight to rumours about upcoming deals, but considering how accurate the RedFlagDeals post has been at predicting EB Games door crashers, I thought I'd entertain the latest pieces of gossip.

Going by the most reliable source, RFD user KC108, tomorrow's door crasher is going to be SOCOM: U.S. Navy SEALs Confrontation. No price is given but if true, expect the game to be less than $20.

Considering how great some of the past deals have been (e.g. MGS4:LE for $9.89, Prince of Persia $9.89), and that both of these games came out last September for PS3 -- Bioshock for Xbox 360 even earlier -- it wouldn't too far-fetched to see them go on sale.

Typically the door crashers for the upcoming week get passed down to EB Games staff on Monday, so hopefully we'll have an update tomorrow.
Deals It's Hears(eh) PS3 Xbox 360