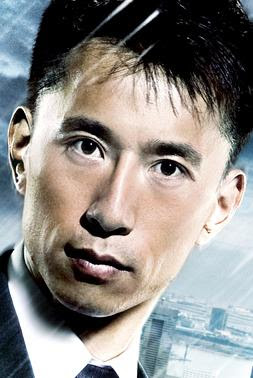 This afternoon James Kyson Lee, best known for his role as Ando Masahashi from the hit TV series Heroes on NBC, took some time out of his busy schedule for an over the phone interview with me. Interestingly enough, James has lent his voice and acting abilities for several high profile video games including The Darkness, Mortal Kombat vs. DC Universe, and ShellShock: Nam '67. During the interview I took some time to ask him about his various video games roles as well his work as the energy-amplifying super hero Ando.

He will be at Fan Expo in Toronto this weekend August 28th - 30th if you wish to see him and say hi or get an autograph. Now on to the interview!

Shondra Kayd: Hi James this is Shondra from NextGen Player, thanks for sitting down and talking to me today.

Shondra: On your website it says that you've been a featured guest at many large North American conventions such as Dragon Con, San Diego Comic-Con, WonderCon and now the Fan Expo. What is about these types of events that attracts you?

James: It's fun and a great way to interact with the fans, giving them a chance to have an experience with me person-to-person. From what I understand this is one of biggest ones in the world. I've been to Canada before and everyone there is so great and cool and everything. I think they have some great fans for the show. So I'm looking forward to this one.

Shondra: I've noticed that you've done voice acting in a number of video games including Mortal Kombat vs. DC Universe, The Darkness and ShellShock: Nam '67, what is it about video games that draws you to them?

James: The world of video games has grown so much in the past few years, and now they almost feel like movies. I remember when I was doing The Darkness, they put me in a motion capture suit where there's sort of like this wetsuit that you put on, and its got thousands of sensors all around your body and your face. We were in a chamber surrounded by 36 cameras and they capture every single jump, yell, scream, punch and kick that I was doing. It was a really fascinating experience and a very theatrical one. I was exhausted by the end of it you know. And afterward when I saw the final product and how they were able to create these characters based on your body and facial expressions I was really amazed.

Shondra: Speaking specifically about your voice work on Mortal Kombat vs DC Universe, how did you prepare to for your role as Shang Tsung?

James: Yeah I remember playing the games at the arcade in college, and so I've been a fan of the franchise, and you know that character was such an iconic character in the game and so I really thought about kind of coming out with a different vocal tone than my own. He's got a much deeper voice, and I played around with it a little bit when I got to the booth to give it a try they really liked it.

Shondra: Let's talk about Heroes for a minute. Over the past three seasons on Heroes your character Ando has evolved from a regular human being to a hero with great power. What's it been like to go through such a large character metamorphosis?

James: It's been fun and I'm glad I got my powers later because I feel like I got to flush out the character as a human being first, and there are a lot of things about him people connect and relate to. He is loyal, I was trying to stay on the positive. He's a happy-go-lucky kind of character so I feel like he was representing the perspective of the audience a lot of times. Now that hes able to shoot lasers out of his hands you know it's more like an icing on the cake. This season he will be able to use it more faster and better and we'll see where it takes him.

Shondra: Is there anything you can tell us or hint at about your character Ando in the new season of Heroes?

James: He's going to be starting a new business with Hiro and that's gonna thrust us into some really unusual adventures. Also Ando's gonna be linked with someone that's very unexpected this season. And we'll also encounter someone from the past. That will be a big surprise for the audience.

Shondra: Last but not least, as a huge video game fan I'm obliged to ask you -- what is your favorite video game?

James: Wow, um... gosh, I actually got a buddy who's an avid Xbox gamer so he's always showing off his new games. He just showed me some videos from Prince of Persia and it looks insane. I mean just seeing the mini movies in between gameplay, I was just amazed at the depth of these games. You know, video games are sort of the next generation of entertainment, they're here now and I think they're only going to get bigger and better.

Shondra: Thank you for your time James, it was a pleasure to speak to you and I'll see you at Fan Expo.