Try Before You Buy: Do You Bother With Game Demos? 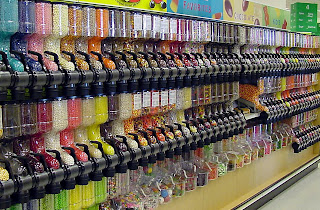 Back in my second year of university, I had a roommate who liked to make a point of grabbing a handful of candy out of the bulk bins at our local supermarket, despite the prominent sign warning against such roguish activities. He would usually do this, turn his thieving eyes towards me (as if anticipating my admonishment) and say something like "dude, I gotta know if they're fresh". While downloading the demo for Relic's new RTS Dawn of War II today, I remembered my old candy-swiping friend and his justification, and wondered if we can't apply the same philosophy to games. Find out why we need to know if it's fresh after the jump.

There was a time for me when game demos were incredibly important. I think back to when my interest in PC gaming really took off, around 1996 or so. My favourite magazine of the day, PC Gamer was a great place to get game demos. Every month the mag would come packed with a bunch of new games to try, and try them I did! Often, these demos would take the place of games that I couldn't afford to pick up, being a high school student with little disposable income back then. I can remember hours being put into demos that offered thin slices of the overall experience, if for no other reason than they were free and plentiful. Shooter, sim, adventure game, it didn't matter. If you offered a sample, I was going to try it. I even discovered my favourite game of all time, The Curse of Monkey Island, as the result of a demo PC Gamer put in their July 1996 issue. I played that demo endlessly before the retail game came out, it only made my anticipation grow for the final product.

But as I got older, a few bucks made their way into my wallet, and I found that I had less interest in sampling. Instead, I would seek out the popular releases of the day and just buy them. I would still read reviews and forums, but often I would come home with a new game, having no real idea of how good it was.

The result of this is now I own a lot of crappy games. Arguably something I could have avoided entirely had I been a little more consumer-savvy. The problem is, the opportunity to be that way is not always there anymore. Before my subscription ran out, PC Gamer's monthly discs had dwindled down to 1-3 demos a month, perhaps a reflection of the size of demos these days, or maybe because there simply are not enough released to produce a more generous offering to their readers.

Things appear to be a little more positive on the console side. Xbox 360 offers a significant amount of demos for their products. I assume Sony does as well, hopefully one of our knowledgeable PS3 owners can let me know in the comments.

My question to you guys and gals is, do you take advantage of game demos when you can? Should we expect them from the people who make games? Or are they destined to fall under their own sign one day, with giant red letters and proclaiming to all that there is to be "NO SAMPLING BEFORE PURCHASE!"