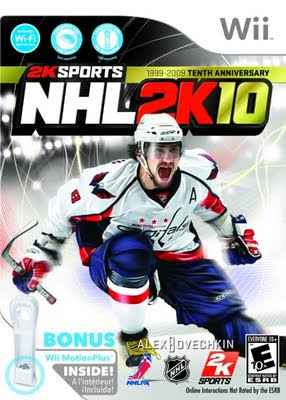 It was extremely encouraging to see an exclusive hardware bundle hitting Canadian soil earlier this year and now it looks like we're about to get an exclusive software bundle.

2K Sports have announced a bundle in Canada for their upcoming hockey game, NHL 2K10, which will pack-in a Wii MotionPlus. The combined package will have a retail price tag of $59.99 and will be available nationwide starting on September 15. The stand alone game will retail for $49.99.

The regular price a Wii MotionPlus add-on is $24.99 so it's a pretty good deal all considered.

I wrote a preview for the game over on the Future Shop Tech Blog if you want to check out my impressions.
Bundle Exclusive Sports Wii