The ELAN Awards Tease Us With a Splash Page 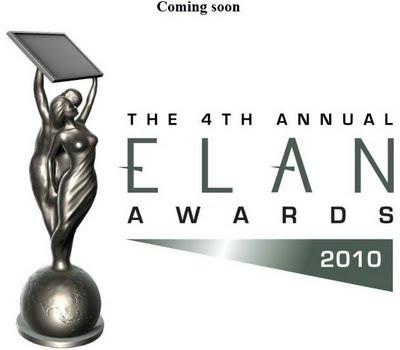 Canada's own video game award show, The ELAN Awards, have put up a teaser page for their 2010 show. With the words "coming soon" appearing at the top of the page, one would assume that the location and date will be revealed in the coming weeks.

The big question on many peoples' minds is not when will the award show be, but rather where it will be held.

There have been rumours circulating for months that the Vancouver-based event will be leaving its Canadian roots behind and relocating to the bustling gaming city of Los Angeles.

It looks we don't have much longer to wait. We expect an announcement will be made soon. Not that I really have a strong say, but here's hoping the ELAN Awards stays on Canadian soil.
Award Industry Event