Taco Bell Fill Up On Game Gear Promotion And Tour 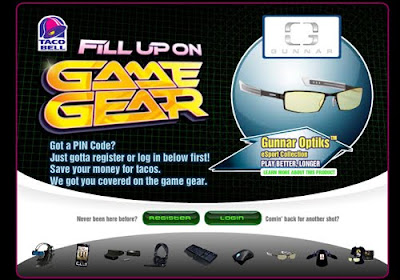 So here's one of the better gaming related promotions I've come across in a while. As you can see on our website, we are currently advertising Taco Bell Canada's Fill Up On Game Gear campaign in Canada. The promotion consists of a contest and tour that is making stops across various Canadian cities.

The contest offers up some fantastic prizes to be won including: 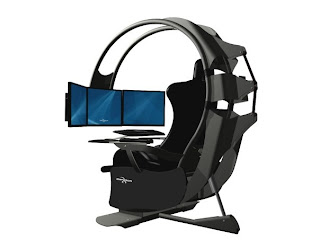 It is a brand new gaming station that brings new meaning to the term "game set up". The Emperor 1510 is developed by Canadian based company NovelQuest out of Quebec City.

The Fill Up On Game Gear tour has already kicked off in the GTA with stops in Richmond Hill and Scarborough. Next stops include Whitby on October 1st and both Brampton and Vaughan on October 2nd. There are also events being held in other Canadian cities including Winnipeg, Calgary, Edmonton, Kelowna, Surrey and Coquitlam.

At these events, you'll have the opportunity to try out some of the game gear prizes listed above - including the Emperor 1510 - as well as win other prizes.