Super Street Fighter IV...Are You In?

When Street Fighter IV was released earlier this year, it did so to the delight of hordes of Street Fighter fans all over the world - both hardcore and casual fans of the series. The game is a true evolution and a big step forward when compared its predecessors.

Recently at the Tokyo Game Show, Capcom announced plans to release Super Street Fighter IV in Spring of 2010. I fully expected the possibility of a new iteration of Street Fighter IV when the game first came out...after all, history has demonstrated this is Capcom's moniker with the series. All that aside, many questions arise. What's new? What's different? Any improvements? And more importantly, how much?

Capcom confirmed that SSFIV will be released as a new game disc that is separate from SFIV. There will be new content in the form of new characters - 8 is the number at the moment. T.Hawk, an old favourite and Juri a new character to the series have been confirmed. Other improvements are said to be in the form of adjustments character balance, new ultra combos to returning characters and enhancements to the online component - possibly a lobby system? 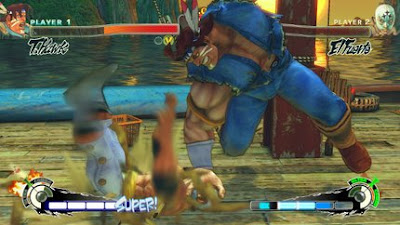 Now all these new features and additions sound nice, but then it comes down the the question of how much. Capcom has stated that it will release the game at a cost below full price. So...again, how much? What does that exactly mean? $20, $30, $40, $50? If it falls within or anywhere near the latter two amounts, I'm really not sure how well this will go over with fans who already own the orginal...even though Capcom has promised that SSFIV will contain a surprise for those who own SFIV.

So here's our Mind Games question to you the reader...especially if you're a current owner of Street Fighter IV.

Will you purchase Super Street Fighter IV when it releases?