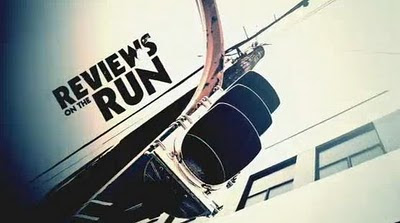 So, heard that Reviews on the Run is going daily have you? Well, over on the Electric Playground forum, Executive Producer and Co-host of the show Victor Lucas has announced more details of the show's evolution.

According to this discussion thread, some industry veterans have been cast on the new daily show, including returning hosts Steve Tilley from the Toronto Sun and Ben Silverman from Yahoo! Games.

Newcomers have also been brought on the show such as Raju Mudhar from The Toronto Star and Jeff Cannata from The Totally Rad Show. Special guests hosts such as industry expert Tom Russo, and other familiar faces are also expected to periodically appear on the show.

The current hosts of Reviews of the Run, Victor Lucas and Scott Jones, will continue their lead role, hosting the show from their brand new studio in Vancouver, B.C.

The new daily version of Reviews on the Run will begin starting March 1, 2010 and will be airing on CityTV. Online versions will also be available on g4tv.ca and the show's website, reviewsontherun.com.