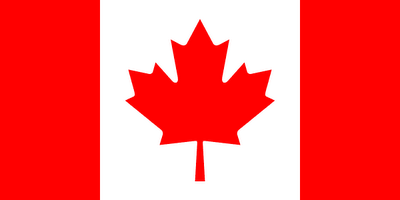 I was walking downtown Toronto the other day when I saw an advertisment for Rockstar Games' L.A. Noire on the side of a bus and I didn't think much of it, at first. Then I started thinking about the days when gaming was mostly a basement hobby and there were no bus advertisements, in fact the only real game advertisements were in the pages of niche gaming magazines tucked behind the sports magazines on newsstands. Those days are long past us now, and gaming is now a $1.7 billion dollar industry in Canada according to a new report from Secor Consulting released today by the Entertainment Software Association of Canada, the trade association for Canada's computer and video game industry﻿. That's huge.


The Canadian video game industry now directly employs 15,700 employees in nearly 350 companies from coast to coast. We're entering a "time of remarkable change" says the study, with a industry growth rate of 11% annually over the last two years, and growth is expected to climb to 17% annually over the next couple of years.

Looking at average wages to picture is pretty bright for workers in the Canadian games industry. Their wages ranged between $40,000 and $73,000 compared to the $29,000 median income earned by employees in the rest of the Canadian economy. Wages were the highest in the Atlantic provinces, followed by B.C., Ontario and then Quebec. Jobs in the industry are typically knowledge-intensive, challenging, team-oriented, and fast-paced, and are held disproportionately by younger workers says the study.

"Canada is a dominant player in producing world-class entertainment. Accordingly, the video game sector plays a key role in the development and health of Canada's advanced digital economy," said Danielle Parr, Executive Director of ESAC. "Not only is this industry a net job creator, but it's providing knowledge-intensive, challenging jobs that pay well above the national average," she added. ﻿

In the report the ESAC describes the games industry as currently best categorized as a "large company" industry focused on traditional console development, but says the landscape is changing with the rise of casual, social, mobile and massively multiplayer online games.

The main drivers of Canada's success in the games industry include our well-trained talent, attractive government policies and favourable exchange rate, a rich ecosystem of video game development and support companies, our multicultural diversity, and our propensity to cluster video game development in cities such as Vancouver, Montreal, and Toronto.

Some of the biggest threats to our national video game economy? Parr says it's "issues like labour mobility and intellectual property protection," and stressed the need for governments to create a competitive and harmonized operating environment to support the industry.