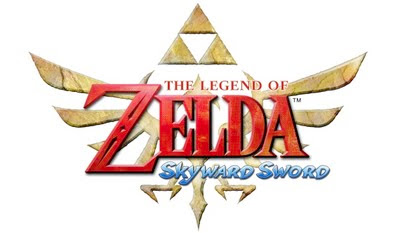 Last year Super Mario Bros. celebrated its 25th Anniversary and this year The Legend of Zelda has reached the same milestone. You'd never know by looking at the elvish features of series protagonist Link however, who looks like he hasn't aged a day since his early NES days. At E3 this year Nintendo announced big plans to celebrate Zelda's 25th birthday, including a worldwide symphony tour, a new video game on each of Nintendo's platforms, and even a couple of music CDs thrown in the mix.


Opening up their E3 press conference was a full orchestra that gave a teaser performance for an upcoming concert tour that will be coming to North America, Europe and Japan later this year.﻿ Dates and locations will be announced over the summer.﻿﻿

Nintendo also highlighted four Legend of Zelda games that will be releasing on Nintendo platforms by the end of the year. Just released last week for Nintendo's new eShop is the Game Boy Color game The Legend of Zelda: Link's Awakening DX for $5.99. ﻿﻿The "DX" version of the game features full colour and an exclusive colour-based dungeon not found in the 1993 Game Boy original.

Launching on June 19 is The Legend of Zelda: Ocarina of Time 3D﻿ for the Nintendo 3DS. This remastered version features enhanced graphics and impressive 3D visuals that take full advantage of the Nintendo 3DS hardware. While the core game remains relatively unchanged, there are two new modes -- Master Quest and Boss Challenge -- for players to try out. In Master Quest the entire world of Hyrule is mirrored and enemies will be harder to overcome. The new Boss Challenge mode lets players do battle with any of the previous Bosses they have defeated, or for a real challenge you fight Bosses one after another in a continuous battle.

In September, Nintendo will be releasing The Legend of Zelda : Four Swords for the DSi and Nintendo eShop as a free download. While Nintendo didn't originally specifywhether this would be the Game Boy Advance original (which was bundled with the Game Boy Advance port of A Link to the Past) or the GameCube version, Four Swords Adventures. Turns out it's the GBA version. We don't know yet if there will be improvements over the GBA version, but expect co-operative multiplayer, which is core to this game, to be present.

In addition to the concert tour and four games, Nintendo is also releasing two CDs this year -- the official soundtrack of The Legend of Zelda Ocarina of Time 3D ﻿for those who register the game with Club Nintendo, and a CD containing music performed by The Legend of Zelda symphony orchestra.
Anniversary DSiWare Nintendo 3DS Nintendo DSi Nintendo eShop Wii