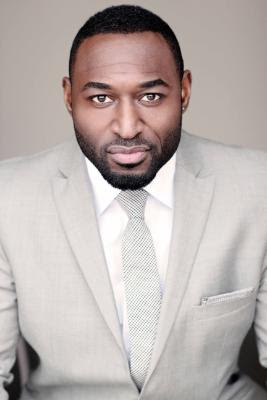 I had the rare opportunity of meeting up and coming actor Adrian Holmes recently, who's been on a roll as of late starring in Frankie & Alice opposite Academy Award winner Halle Berry and in Red Riding Hood as Gary Oldman's right-hand man. Directed by Catherine Hardwicke (of Twilight fame), Red Riding Hood is a movie based loosely on the folk tale we all remember (or perhaps feared) as kids. Here's what Adrian had to say about the movie, his career, and what's next for him...


Paul Hunter: I noticed that you were born in Wales, and you were raised in Vancouver, and you spend a lot of time with your family in Barbados. How has all of this worldly experience helped you in your acting career?

Adrian Holmes: It’s been a real blessing for me. With all the different cultures that I’ve been exposed to at such an early age it’s just added more tools to my tool box. For example, being born in North Wales, living in Liverpool and Chester, I’ve been able to really utilize a lot of those dialects and experiences in my work as an actor. Also just as a person it makes you more well rounded, and grounded as well.

PH: Congratulations on all your successes lately, working along side Halle Berry in Frankie & Alice and now starring opposite Gary Oldman in Red Riding Hood. I’m just wondering, what’s it like working with such top tier actors?

AH: It’s surreal. When you’ve worked really hard to do what you love to do and when you meet people who are elite in their field it’s just a really good feeling because it’s like you’re sharpening your sword and paid your dues. It feels very right, not foreign at all because you’ve worked hard and you’ve paid those dues. To be in a position to work opposite Halle Berry and Gary Oldman is like yeah, this is how it’s supposed to be, this is what I planned, this is what I expected. When it’s ready, I don’t know, but when it does I’m ready for it.

PH: Let’s talk specifically about Red Riding Hood, you play the role of the Captain. Tell me a little bit about your character.

AH: I play the muscle, the brawn. Gary Oldman plays Father Solomon and I’m his right-hand man. The Captain’s name is Ikechi which is a name I gave him and means “God’s strength.” We’re on a mission to destroy this werewolf that’s been terrorizing this village for years. I really connected with the character right away, it was an amazing script and based on the Brothers Grimm fairytale, the most popular version. For the Brothers Grimm, the had a version of the story were it was a werewolf and not a regular wolf and that’s the story that they used in the screenplay. Leonardo DiCaprio’s company developed it and I was really taken by the script. It had a lot of elements of mystery, and suspense, and paranoia because you don’t know who you can trust and the killer could be anybody. It has this love story between Valerie, Peter and Henry, so there are a lot of elements in there that people can really enjoy.

PH: Your character Captain in the film isn’t your typical back soldier, you have some key moments where you take center stage. What were some of your favourite leading scenes?

AH: One of the really strong moments for me was when my brother was killed, that was very emotional and I had to not show that I couldn’t go on. That was a really emotional scene and I think it came across well. As well as the scene with Gary Oldman where I have to take matters into my own hands and confront Father Solomon at the end of the movie. That was a really monumental scene. It was a big challenge for me because Captain was the strong, silent type, so he didn’t say a lot but when he spoke he really had something important to say. The relationship I have with Father Solomon starts off sort of like father and son but later on when he gets out of control my character steps up and takes the reigns, and steps into that father role so to speak. 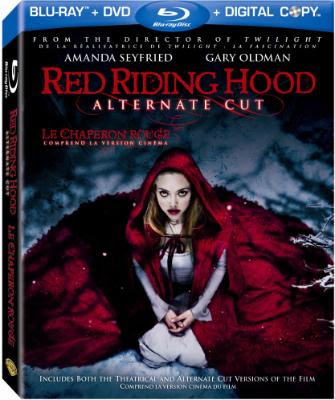 PH: What I really liked about this film was the medieval setting, and I understand that filming took place in Vancouver, can you comment a bit on the setting? Did wearing that medieval armour help you really get into the character?

AH: Yeah, well Cindy Evans was the Costume Designer and she did an amazing job with all the costumes. Like any role the costumes are so important, as soon as you put them on it really helps you become the character. With the armour the Captain really came to life. We shot in the summertime so it was hot but the material they used was quite breathable so it definitely wasn’t as hot as it looked. We shot it in a sound stage in Burnaby which was great and they did a nice job with this village and made it look like it was outside. We had three sound stages and I was just in awe every day I walked on set.

PH: We've seen a resurgence in the last few years of movie studios making films based on fairytales, what do you think separates this film from others in the genre?

AH: This movie is so multi-faceted, you’ve got characters such as the wolf who shows that people have a dark side, and asks whether or not to acknowledge it. There’s a lot of suspense and paranoia, with say Red Riding Hood, mother tells her to go down the path, go to Grandmother’s house, but don’t talk to strangers. Along the way though, she stops for flowers and later on she tells the wolf where she’s going. When you’re really young there’s this fear of the dark and the unknown which really plays out in the movie. We all grew up with fairy tales, so I think adapting them for the silver screen is smart because you already have an audience.

PH: What was it like working with Catherine Hardwicke?

AH: It was a delight. She was very professional, prepared, passionate and excited to make a movie. She was like a kid in a candy store and at the end of the day when your energy got low she would bring chocolate to pick up our energy, and it worked. She was really sweet, very generous and we got along very well. We had a great time in London for the UK premiere and I’m really grateful to have met her.

PH: What about your thoughts working with Gary Oldman? I hear he’s a pretty funny guy off set.

AH: Gary Oldman’s great, I really loved working with him. He’s got a great sense of humour and I can’t say enough about that guy, he’s top-notch. I’ve always been a big fan of his ever since I saw Dracula so to work with him was surreal for me.

PH: What’s the future hold for you? Any plans to move from Vancouver down to LA?

AH: Yeah absolutely, like any actor you want to take it to the next level and move down to LA which is the mecca of filmmaking. For that transition I’m just waiting on a few details to be taken care of, it’s just a matter of time. I wanted to wait for the industry to take me as opposed to me going down and struggling. I’m not the type of guy to go down and live in my car (laughs), but moving down is definitely in the works. I have a great agent down there right now, so I’m really excited about the opportunities taking shape.

PH: Before we go I want to touch upon the upcoming Blu-ray and DVD release on June 14th. What can we look forward to seeing?

AH: I’m really excited it’s coming out on Blu-ray and DVD on June 14 so everyone can have a copy. It has so many features like an alternate ending that I don’t even know what it’s going to be, so I’m really excited about it. It’s also got the behind-the-scenes, casting takes of Shiloh, Max and Amanda. It talks about the score which was done by Fever Ray, an amazing Swedish band. There’s gag reels and deleted scenes of course, there’s a lot of stuff in there so I think it’s going to do really well on Blu-ray and DVD.

PH: Can’t wait to check it out. Thanks for your time Adrian!
Movie NextGen Player Interview