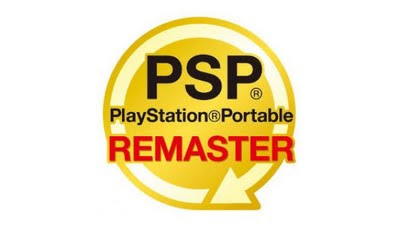 Have you heard? PSP games are being remastered for the PlayStation 3, and now the middleware technology that bridges the two platforms has a name: the PSP Engine. The first PSP game to be ported to the PS3 is going to be Monster Hunter Portable 3rd HD﻿, at least in Japan, and when it comes out expect plenty of graphical enhancements.


The graphics of the PS3 version, including monsters, fields, equipment, as well as Felyne Comrades, are more gorgeous and vibrant than ever, and will deliver dynamic gameplay when played on the large TV screens, said Sony.

According to a press release issued by Sony in late May, the PSP Remaster titles will deliver a richer and more immersive gaming experience on the PS3 through enhanced high-definition graphics as well as through additional new features such as compatibility with the PS3 Wireless Controller, new add-on content or stereoscopic 3D support. In addition, gamers will be able to utilize the save game data from the original PSP game for the PS3 versions, and can transfer their save game data between the two systems. This cross-compatibility will allow gamers to enjoy the same game at home on a large TV screen or on the go with the PSP.

Although the PSP Remaster series has only been announced for Capcom's Monster Hunter Portable 3rd HD﻿, ﻿that hasn't been stopping other companies from announcing remastered versions of popular PSP titles.

Announced at E3 this year were two collections -- Sony's God of War: Origins Collection and Konami's Metal Gear Solid HD Collection -- that both feature PSP games remastered with improved visuals and other enhancements for the PS3.

In the case of God of War: Origins Collection, which features enhanced versions of God of War: Chains of Olympus﻿ and God of War: Ghost of Sparta﻿, the team at Ready At Dawn Studios is putting both games on a single Blu-ray disc, fully remastered in 1080p and stereoscopic 3D. The collection will also have full PlayStation Network trophy support, be compatible with the PS3's Dualshock controller (with rumble support), and will be playable in Dolby 5.1 / DTS surround sound. Bonus content will include DLC contents from Ghost of Sparta – God of War: Game Directors Live roundtable video and Legionnaire Kratos & Forest of the Forgotten.﻿

Konami is also preparing a remastered version of Metal Gear Solid: Peace Walker﻿ as part of the Metal Gear Solid HD Collection coming in November. On top of numerous graphical enhancements (seen in a video here) the game will also be the first to take advantage of the new "Transfarring" system, which allows PS3 Peace Walker players to transfer their saves to the PSP and continue playing while on the move﻿﻿.
PS3 PSP PSP Remaster