4 Theories On Who The Misters Are 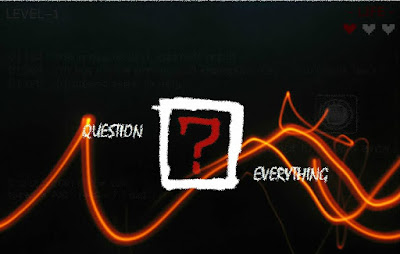 While there are several layers to the mysteries surrounding the Canadian gaming website Tsilon.ca, none is more confounding than the identities of the founders, known as Misters.

These individuals, which I've been told could be male or female, are the "worker bees" according my source, Mister C. During my conversations with him, he's hinted at several other Misters, including A, B, and D. Another known founder from the site, Mister E, was the one who originally contacted me back on December 14, 2011, and periodically sends me email updates.

Suddenly though, Misters are coming out of the woodwork at a furious pace. Just who are these people?

The short story is nobody really knows. There are four possible theories I've come up with:

Theory 1: The Misters are from Greedy Productions

It's no secret that Victor Lucas loves the G-List. The website was first announced at the 2011 Canadian Videogame Awards show, and event run and hosted by Victor Lucas. Furthermore, having a look at his Twitter account reveals a mention of the G-List, raising obvious questions to his connection to the group. Adding to the evidence is the community forums first rule, which is "don't be a dick", coincidentally mirroring Victor's theme at his recent TEDx Vancouver speech. As if that weren't enough to postulate a theory, the latest Media that appeared on Tsilon is a video of Victor telling G-List members they can expect some exclusive content soon. Let's also not forget that Victor is one of the most vocal supporters of the Canadian video game industry, and this site is currently Canada-only, featuring mostly Canadian content. Coincidence?

Theory 2: The Misters are from Future Shop & Best Buy

Let's get one thing clear. Yes, I am the Future Shop Gaming Editor, and no, I have no indication of their business association with Tsilon. What is clear is that all retail perks have thus far been redeemable at futureshop.ca, and there was also a CinemaNow perk which is a Best Buy online property. Is FF/BB merely the retail partner, or are they playing a larger role here? I threw the question over to Mister C and he responded with "C'mon -- you're sharper than that...no they're not!"

Theory 3: The Misters are from Canadian, or Canadian divisions of, major game Publishers/Developers

Similar to theory 2, it could be argued that Canadian-based, or Canadian divisions of, major game publishers/developers are backing this website. Perhaps Ubisoft, EA, Rockstar Games, Sony, or Nintendo, or a combination of the bunch. We've seen perks for a Nintendo 3DS, the PlayStation Vita and 3D TV, as well as an exclusive Assassin's Creed: Revelations DLC code given away, presumably through Ubisoft. There are also videos in the Media section for Rockstar Games' upcoming Max Payne 3 (being developed out of Rockstar Vancouver) and EA's Mass Effect 3 (developed out of their Edmonton-based BioWare studio).

Theory 4: The Misters are a collection of benevolent and wealthy entreprenuers

It could also be argued that the Misters are not related to the above three groups and are simply benevolent and wealthy entrepreneurs. I've heard many stories similar to this one on NeoGAF "This site has saved me 170 dollars so far. Whoo!" which makes you wonder how the founders of this site can continue to give away so many high value perks. There is obviously a lot of money backing this website, and could it be at the hands of some wealthy entrepreneurs? Looking into the site, there doesn't appear to be a strong monetization strategy present, there are no ads or banners and it's an entirely free website. The only possible revenue streams I see could be from potential sponsors such as Future Shop or Ubisoft, who pay the Tsilon founders to have their content on the site.

So those are the theories, which one(s) are most plausible? Well, I'm firmly in the camp that it's a combination of #1 and #4. I've seen too much evidence pointing at a connection to Greedy Productions, yet unless Victor has hired a whole new team to manage this project, it just seems too large in scope for his existing team (who are focused on TV production) to manage. This site seems to have many hands on deck and large reach across the country and I believe there simply has to be more partners involved. Theory #2 seems far-fetched to me simply because I don't see how this site could contribute to bottom-line retail sales when everything is so heavily discounted, or flat out given away. I suppose it can be argued that this site's funding could come from Future Shop's marketing budget, but even that seems unlikely since retailers tend to focus on mass promotional marketing. Theory #3 also seems unlikely since if one or more of these publishers/developers owned the website I doubt we'd so much content from their competitors.

What do you think? Any more theories out there?
thereisnolist.ca