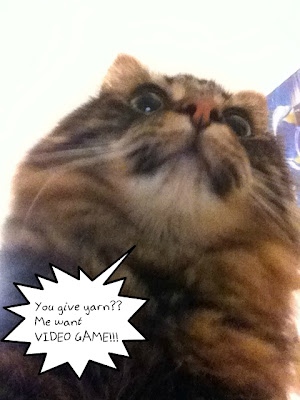 Remember how the Tsilon.ca founders said there would be a free video game perk for every G-List member in mid-February? While it seemed too good to be true, a founder of the site whom calls himself "Mister C" gave further evidence of the perk via a cryptic message last week.

It seems details of the free game perk have gone live on Tsilon.ca and while it's a bit different than anticipated, it is without question happening. The question is, according to Mister C, "are you on the list?"

For those Canadian gamers clever enough to unlock the codes to enter Tsilon.ca, inside the Perks section of the G-List member area now displays the following card:

As read on the card, the free video game perk goes live this Monday and continues through to Wednesday. In total, 250 free video games will be handed out to members. Clicking on the card to view the requirements of the perk initially presented a bunch of question marks, but has since been revealed: 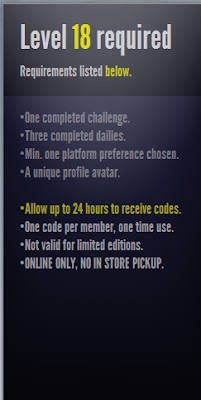 Presumably, this perk will be redeemable on futureshop.ca; however, at time of writing no online retailer has been identified.

An official thread started in the Tsilon.ca forum by thisAI, the website's "artificial intelligence" administrator, says that the final requirements for the perk may change before Monday.

Addressing concerns from community members that the free game perk was originally stated to be for "all active G-List member", thisAI had the following to say:

Furthermore, to reward the most active G-List members with the free game perk, thisAI added:

"A split will occur in this current redemption period based on level to assure the perk to those most active while still allowing opportunity to those coming up. If members do not attain the perk in this current period, the following period(s) will occur for those who missed the first."