Review: Guacamelee 2 Is The Dark Souls of platforming 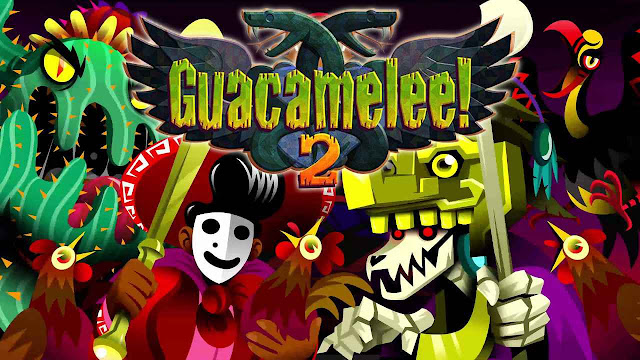 Guacamelee 2 is the hardest game I've played this gen. Harder than Dark Souls III, harder than Bloodborne, and yes, harder than Cuphead. I'm not referring to the main story though, which is challenging but doable. It's the optional Chicken Dungeons that present the game's biggest test—and they're required to get the game's better, true ending.

It wasn't uncommon for me to die 25+ times on the "easier" Chicken Dungeons, with the harder ones easily doubling or tripling that death count. Hundreds of deaths (and hours) later, I finally managed to beat five of the six dungeons, an achievement I'm quite proud of. I'm still working my way through the final challenge stage, which is probably the hardest I've ever played in a platforming game. This particularly devious level requires god-like reflexes as you navigate tight tunnels lined with insta-kill spike and other treacherous traps.

So, Guacamelee 2's challenge stages are ridiculously hard, yet immensely satisfying for trophy-hunting completionists able to beat them. For the main story though, what has Drinkbox Studios whipped up for us this time? Well, I'd say a fantastic sequel that sticks close to the original's formula, while presenting us with interesting, new locations, a better story, and well-designed new challenges.

Here's a closer look at different facets of the game I particularly enjoyed: 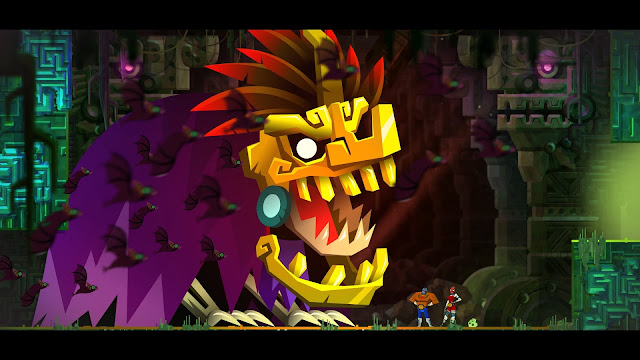 
You start out in Guacamelee 2 with a very limited moveset, essentially a few punches and that's it. However, soon enough you acquire a whack of special moves, including a lunging punch, headbutt, upperful, and ground pound. You're able to string these moves together for wild combos like uppercutting a foe into the air, giving them a flying headbutt, and then sending them flying with a lunging strike. It's all very satisfying stuff.

What's cool is all of these special attacks are also used for navigating worlds—attacks are colour-coded and break blocks corresponding to their colour. For instance, your red uppcut breaks red blocks found overhead. In true Metroid style, acquired moves open up completely new areas, and also create shortcuts back to earlier parts you've visited. After spending say an hour working your way through one of the game's maze-like worlds, it feels satisfying obtaining a new power that lets you backtrack the same space in mere minutes. To me, that's a sign of excellent, rewarding gameplay. 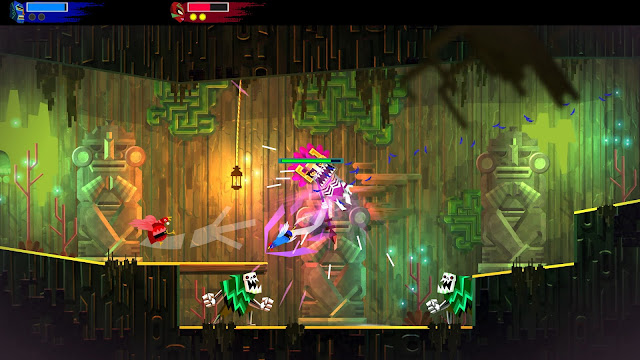 Much like the original, Guacamelee 2 revels in its references to gaming history, pop culture, and memes. I found the jokes this time around to be more abundant, and funnier too. You beat up a car (twice) just like in Street Fighter 2, you hop your way through a Pac-Man-inspired level, ride Battletoad-esque snakes, and there's even a mini turn-based RPG segment that's all together hilarious. Then there are the background signs hinting at classics like River City Ranson, Bad Dudes, and Double Dragon. My favourite hat tips though are the ones aimed at other indie games, including Severed and Limbo.

I love how Guacamelee 2 acknowledges exactly what it is—a video game meant for entertainment—and plays up that aspect. The game routinely breaks the 4th wall, whether that's characters knowingly calling it a video game, or the way the game mocks well-established tropes. Guacamelee 2 wants to make you laugh, and that's something I wish more video games sought to do. 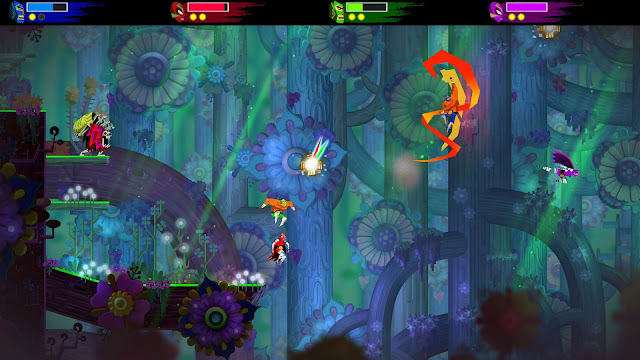 
In the previous game you could turn Juan (our Luchador hero) into a chicken, but it felt like an in-game joke. While in chicken form you were more useless than anything else. That all changes in Guacamelee 2 where now your chicken form feels just as powerful as your human self. Your chicken strikes deal real damage, and you can acquire numerous superpowers just like Juan can. And yes, these powers can also be used to break coloured blocks, opening up even more areas to explore.

As a chicken you're also able to air dash (initially once, and later, twice), as well as glide across dangerous hazards below. You'll also acquire a sliding ground move that lets you traverse right over smalls gaps found in many of the chicken-sized tunnels. Essentially, your chicken form controls vastly differently form Juan, encouraging you to switch forms on-the-fly to solve platforming puzzles. Towards the end game, levels get even more interesting as they require you to morph between both forms one after an another. It can feel pretty challenging at times, but it's incredibly satisfying when you complete tricky maneuvers. 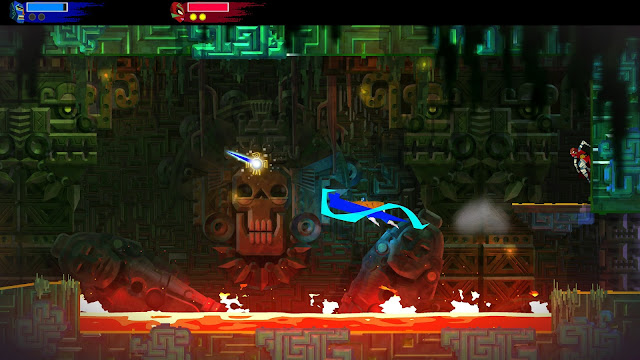 
Speaking of complex maneuvers, wait until you see how the game incorporates dimension swapping into the mix. Early on in the game Juan will obtain the ability to hop being the Living and Dead realms, which can alter the current room you're in. In the Living world, you might find a useful platform to jump on, but flip to the Dead world and it becomes a row of insta-kill spikes.

While dimension changing starts out simple—flip realms to make a platform appear, for example--the game soon ramps up the difficulty. Soon you'll be switching between worlds mid-jump, repeating this back-and-forth across multiple jumps. It adds one extra element of precision—you need precision jumping, plus precision dimension swapping. Again, it can get quite challenging, but never enough to make you put down your controller in frustration.

One other point I have to make here: Drinkbox Studios effectively created two full sets of artwork in Guacamelee 2. One for the Living world, and one for the Dead world. Both use a distinct colour palette, have different characters to meet, and contain their own secrets. In other words, a heck of a lot of work went into creating two full worlds to explore.

Clearly, there's a lot that I enjoyed about Guacamelee 2. But was there anything that could be improved? Well, I'm glad you asked. 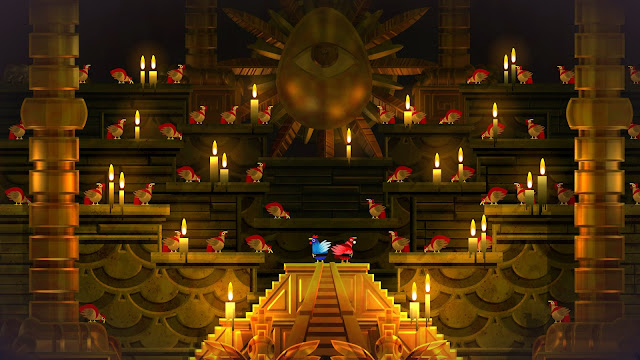 The only fault I can say about Guacamelee 2 is this sequel plays it pretty safe. Juan handles pretty much the same as his last outing, and his moveset is virtually identical. It would have been nice to see the introduction of a few new powers to spice up the gameplay, and subsequently, present us with fresher challenges. It's not a huge complaint overall; the controls remain tight and Juan has many neat combos.

If it's not abundantly clear by now, I had a great time with Guacamelee 2. It's a great platforming game presenting a stiff challenge, frequent laughs, and a much better story this time around. I highly recommend checking out this game.