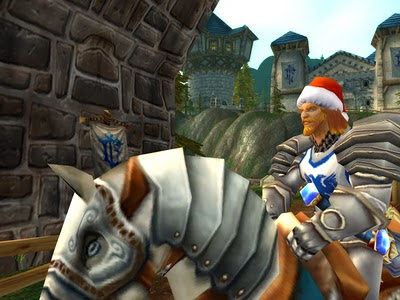 Everyone needs a knight in shining armour, and for 42-year-old Lauri Price, a Texas mother of four, she believed to have found it in 16-year-old Andrew Kane from Barrie, Ontario. The two had met online playing World of Warcraft and conversed for at least a year before deciding to meet-up over the holidays. When Kane informed his parents of the upcoming get together they refused to let him go, he then assured them he would tell the woman he wasn't coming. Later that night his mother heard the front door open and found her son missing, along with a note revealing his motivations to leave.

The note described the "commitment" the two shared and that his parents' fears were "ill found".

Two days later the couple was found by local police at a retail store in Orillia after being tipped off by a member of the public. Kane had told Ms. Price he was 20 -- but with the age of consent in Canada being 16 -- police said she will not be facing criminal charges.

Barrie is also home to Brandon Crisp, the boy who ran away from home after a fight with his parents over his Xbox 360, and was later found dead.

I'm not sure what it is about the city, but it's quickly becoming the 'teen runaway over video games' capital of Canada, sadly.