'Made In Canada' Games At E3 Showcase Our Talent and Innovation, Says ESAC 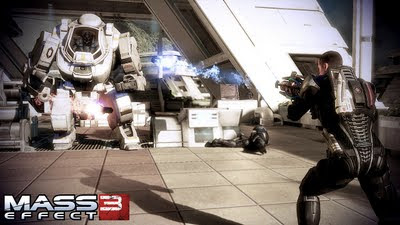 Canada's presence at E3, the world's largest gaming expo, was strong once again this year says the Entertainment Software Association of Canada (ESAC). Over 10 major titles shown at the expo are being made in development studios across Canada, including Assassin's Creed: Revelations, Mass Effect 3, and Prototype 2.


As reported earlier this month, Canada's robust video game industry now employs 16,000 people who generate $1.7B in economic activity. This positions Canada as the third largest country for game development, just behind Japan and the United States. Last August Canada overtook the U.K. to become the third largest development community in the world, a milestone reached because of factors such as Canada's large pool of talented developers, low-risk business environment, and generous tax incentives.

The full list of games from ESAC members shown at E3 are:

"The Canadian made games shown at this year's E3 really demonstrate the calibre of talent and innovation here in the Great White North," said Danielle Parr, Executive Director of ESAC. "Canada remains a powerhouse in the world of game development, punching well above its weight," she added.
E3 ESAC