Fan Expo's GX: Brought to by the Letters G & Z, and the Number 4 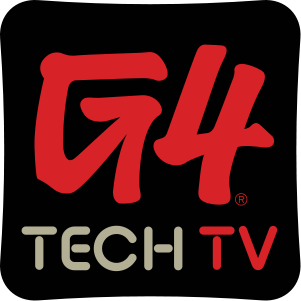 Everyone here at the NextGen Player team is busy making our final arrangements before we descend upon the Metro Toronto Convention Centre for the Fan Expo Canada 2009 which kicks off in a mere nine days. We're expecting to see plenty of Pokemon, Blood Elves, Hyrulians, Mushroom Kingdom residents, and Organization XIII members at the the largest gaming event in the country. 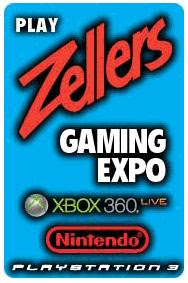 Our main interest in attending the extravaganza is naturally the Gaming Expo, otherwise known as GX, which will play host to lots of cool gaming featured guests, a live screening of the much-anticipated GAMERS documentary, and the WCG Canadian Finals. But that's not all!

This year's Gaming Expo will be sponsored by Zellers and G4 Tech TV so expect a huge presence at the show from both these organizations. Let's take a look at what they'll be offering:

Zellers will be presenting the 2009 Summer GamingFest featuring huge gaming tournaments for UFC 2009 Undisputed (Xbox 360), Super Smash Bros. Brawl (Wii), and Madden NFL 09 (PS3). The entry fee for any one tournament is $10, or $25 for all three. The first place prize is 10,000,000 HBC Rewards Points. I checked and a Wii is valued at 3,500,000 points, so it looks like the first place price is roughly equivalent to a $800 shopping spree. Hey, if you wait until September 1 perhaps you could win yourself a new PS3 Slim!

G4 Tech TV will also be sponsoring the Gaming Expo, and if their presence is anything like last year's Fan Expo, expect a huge lounge area and a special appearance from Victor Lucas. He was signing autographs last year along with their east coast correspondent, Donna Mei-Ling Park. I met Victor last year and got a picture taken with him. Yay me!

If you're planning to attend this year's Fan Expo drop a note in the comments section and let us know what you're looking forward to most.